Today is Christmas Day, which can only mean one thing, yes Stewart Giles has brought another book out, making it around 8 published this year.

The book in question is called Demons and is the 11th DS Jason Smith book.

From #1 best-selling author: Stewart Giles comes a new addition to the popular Detective Jason Smith series.
‘Forgive me father, for I have sinned.’
Someone is killing people in York. All of the victims share a secret that the murderer is somehow aware of and all of them receive an identical message after they are killed.
‘God has forgiven you your sins, but He could not rid you of your demons. So I have taken them for you.’
Detective Sergeant Jason Smith heads up the most draining investigation he’s ever come across. Coming face to face with demons of his own, will this be the case that finally sends Smith over the edge?
THE SETTING
At the confluence of the River Ouse and Foss, York is the traditional county town of the historic county of Yorkshire. York Minster and a variety of cultural and sporting activities make it a popular tourist destination.
THE DETECTIVE
DS Jason Smith is an Australian who was sent to York to live with his Grandmother when his sister disappeared from a beach. He has suffered many losses in his short life and is now a dedicated detective. He is a bit of a loose cannon he has his own way of doing things that doesn’t always mean following orders and procedures. However, he does get results.

This is book 11 in the series so you really need to read a couple of previous books to get a full understanding of things, although it does work as a standalone book if you are willing to learn a lot of back spoilers as Stewart does a good job of covering the back story at the start of the book.

The book starts of very dramatically with a man going to confession and then that evening being murdered and having his penis chopped off. The murderer left a sacrificial dagger and sent the victim a text message saying God has forgiven you your sins, but He could not rid you of your demons. So I have taken them for you.’

Whilst investigating this murder Smith and his team discover that the murdered man had been having an affair with an underage girl, hence the way he was killed.

Following on from this there are a further two murders both killed with parts removed in the same way and the same note left, leading Smith and his team hunting for a serial killer.

The hunt gets more personal when a member of the team gets picked to be the latest victim, leaving the rest of them on a mad race to catch the killer before it’s too late.

On a very personal side note for Jason Smith, who has the perfect life at the start of the book with a lovely wife, Witton, and beautiful toddler, Laura, he decides to go on a personal self-destructive mode which could end up losing him everything from his job to his family and even at one point his life.

Having followed Stewart’s writing career for a couple of years I know what he is willimg to put his main characters through, but this time he could have gone too far with Jason Smith and I’m not sure if he can recover from this without going insane.

This is yet another great book by Stewart, which kept me hooked throughout as I tried to work out the killer, although I had a very good guess but couldn’t work out why the murderer was doing it.

Overall this is brilliant and I can’t wait to read the next book in the series, which is released early 2020. 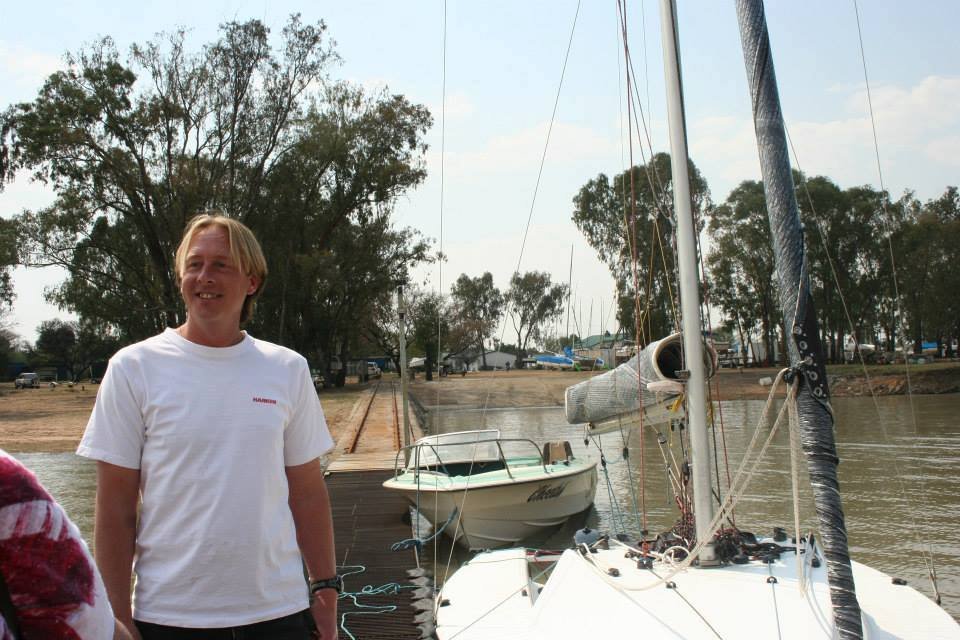 After reading English at 3 Universities and graduating from none of them, I set off travelling around the world with my wife, Ann, finally settling in South Africa, where we still live.
In 2014 Ann dropped a rather large speaker on my head and I came up with the idea for a detective series. DS Jason Smith was born. Smith, the first in the series was finished a few months later.
3 years and 8 DS Smith books later, Joffe Books wondered if I would be interested in working with them. As a self-published author, I agreed. However, we decided on a new series – the DC Harriet Taylor Cornwall series.
The Beekeeper was published and soon hit the number one spot in Australia. The second in the series, The Perfect Murder did just as well.
I continued to self-publish the Smith series and Unworthy hit the shelves in 2018 with amazing results. I therefore made the decision to self-publish The Backpacker which is book 3 in the Detective Harriet Taylor series which was published in July 2018.
After The Backpacker I had an idea for a totally new start to a series – a collaboration between the Smith and Harriet thrillers and The Enigma was born. It brings together the broody, enigmatic Jason Smith and the more level-headed Harriet Taylor.
Miranda is something totally different. A stand-alone psychological thriller, it is a real departure from anything else I’ve written before.
Website: http://www.stewartgiles.com
Twitter: @stewartgiles
Facebook: https://www.facebook.com/stewart.giles.33